Skip to content
Posted to the Ethnos Project by Mark Oppenneer on December 31st, 2012

I am excited to announce that Rachael Petersen is now part of the Ethnos Project! 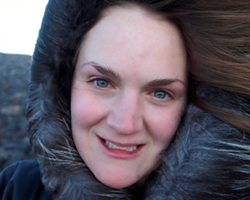 Rachael is a 2012-2013 Thomas J. Watson Foundation Fellow investigating indigenous peoples’ use of technology around the world. Her current year-long research has taken her to the Canadian Eastern Arctic and the Ecuadorian Amazon, and will also include sites in the Brazilian Amazon, Borneo and the Australian Northern Territory.

As she notes on her website… “I’m mostly just a girl staring at a map, waiting to be humbled, transformed, engaged and informed — and maybe write something interesting along the way.”