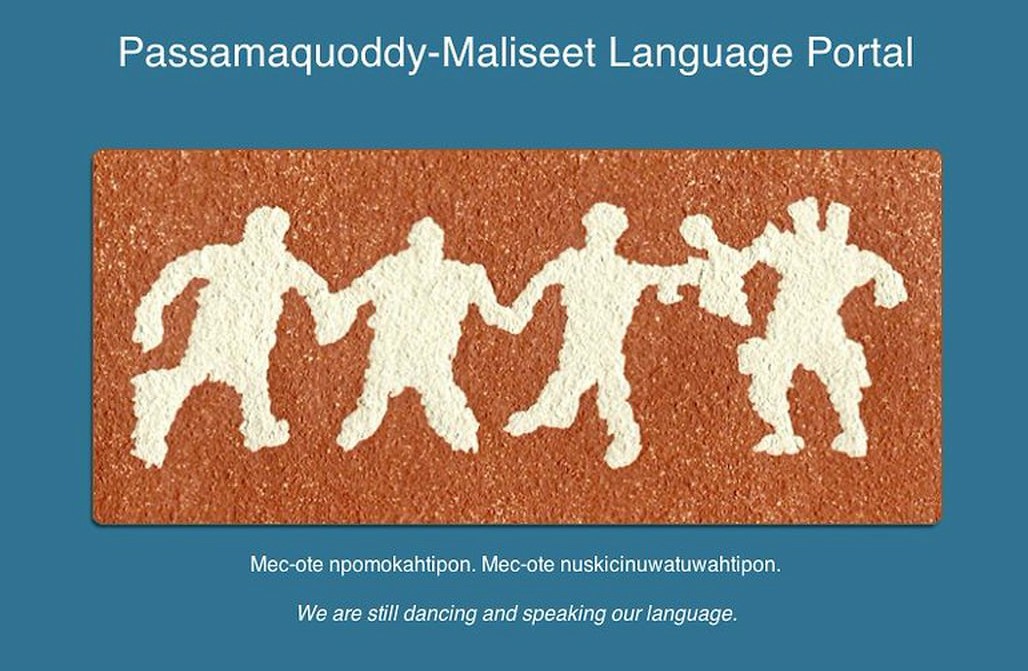 The Passamaquoddy-Maliseet Language Portal hosts 3 interoperable databases (videos of natural group conversation, dictionary entries, and audio files), allowing the user to click on a word in a video sub-title to see the entire dictionary entry for the word and then listen to audio recordings of that word as well […] 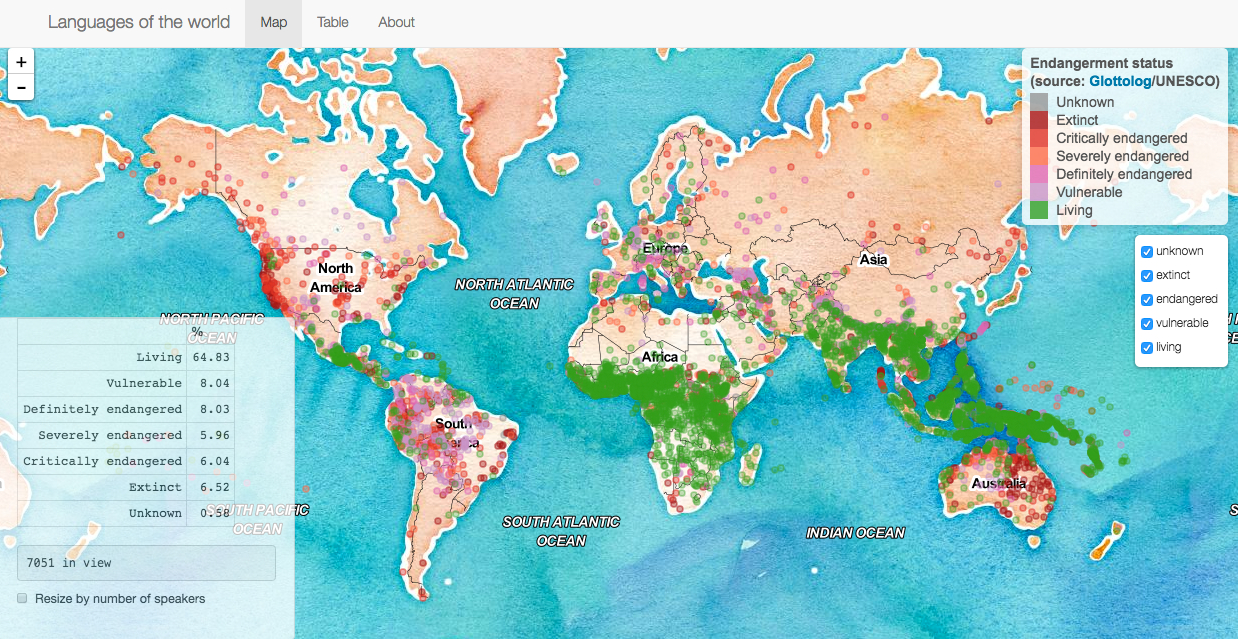 The aim of this web application is to draw attention to the pressing issue of language endangerment. We hope that the map illustrates the huge number of distinct languages around the world in the present day, and implies that there is much to be lost, socially and culturally, if the […]

Purpose The Diné Bizaad app is to use the World Wide Web as a repository to perpetuate Diné language communication and education. We do this with an inclusive ensemble of Diné language enthusiasts, who continuously add content shared from Diné communities and from their personal contributions into the Diné Bizaad […]

This paper describes how certain types of electronic technologies, specifically CD-ROMs, computerized databases, and telecommunications networks, are being incorporated into language and culture revitalization projects in Alaska and around the Pacific. The paper presents two examples of CD-ROMs and computerized databases from Alaska, describing how one elementary school produced a […]

Information and Communication Technologies (ICTs) for Indigenous Knowledge Management (IKM) have been designed using the conventional approach of creating and manipulating databases of knowledge. This typical approach of IKM generates the issues of indigenous knowledge governance, de-contextualisation and data manipulation. Hence, the main research question of this study is “How […]

Presented by Kim Christen at The University of Arizona’s Knowledge River Program and at the Arizona Archives Summit, January 2011. About Kim Christen From her website: “I am an Associate Professor and Associate Director of the Digital Technology and Culture program in the Department of English and Director of Digital […]

Since time immemorial, India has possessed a rich traditional knowledge of ways and means practiced to treat diseases afflicting people. This knowledge has generally been passed down by word of mouth from generation to generation. A part of this knowledge has been described in ancient classical and other literature, often […]

Indigenous knowledge has come to occupy a privileged position in discussions about how development can best be brought about so that ﬁnally, it really is in the interests of the poor and the marginalised. It may be true that contemporary research on and advocacy of indigenous knowledge is founded upon […]

The Digital Songlines Environment (DSE) is a virtual reality game system aimed at preserving and promoting Australian Aboriginal heritage, arts and culture. The system features a realistic virtual landscape with local flora and fauna, embedding oral histories as well as mythological stories within its narratives and story line. Similar to […]

This article extends a lineage of research that reveals possibilities by which indigenous and ethnic communities have appropriated media technologies to serve their own cultural, political and social visions. This article focuses on networked and database-driven ‘new’ media and information systems, and the possibilities and potentialities these hold within cultural […]

The Language Archive (TLA) is a unit of the Max Planck Institute for Psycholinguistics concerned with digital language resources and tools. Its major features are: A large data archive holding resources on languages worldwide. Many of the data are annotated audio and video recordings, but several other data types such as time […]

McNulty Consulting is a digital heritage consultancy with a focus on community-oriented projects, Web 2.0 technologies and open-source software in an African context. It specialises in digital cultural projects (including community, museum, heritage and archival initiatives) and the development and digitisation of content. The consultancy consists of two brothers, Niall […]

Story Weaver is a custom web application created by a team made up of Wade Chambers and David Turnbull of the Native Eyes Project at IAIA and Virginia Murdoch and Joseph Pearson at Inventive Labs, a Web Design firm. The software is constructed on top of an Inventive Labs-built framework […]

The project on the promotion of indigenous peoples’ rights through promotion of the principles of the International Labour Organisation’s (ILO) Indigenous and Tribal Peoples Convention (No. 169) and promotion of the implementation of the African Charter on Human and Peoples’ Rights is a three year (2006 – 2008) research initiative […]

Best practices on indigenous knowledge’ refers to examples and cases that illustrate the use of IK in developing cost-effective and sustainable survival strategies for poverty alleviation and income generation. These include indigenous land-use systems to encourage labour-sharing arrangements among farmers, using IK to increase the fuel-efficiency of local stoves instead […]

Our vision is that all of humanity is able to work together developing and realizing rich, sustainable lives. We build the infrastructure, and help make the connections and populate free content to effect that vision. We provide the living resource library of individuals and organizations working towards a sustainable, healthier […]

Interested in mobile? The mobile applications database contains details of projects from around the world which make social and environmental use of mobile technology in fields such as human health, economic empowerment, conservation, education, human rights and poverty alleviation. You can carry out a specific search, browse the entire database, […]

International Development Research Centre (IDRC) Books publishes – both online and in print – the results of IDRC-supported research on global and regional issues related to sustainable and equitable development. As a specialist in development literature, IDRC Books contributes to the body of knowledge on these issues to further the […]

Indigenous knowledge (IK) is defined as local or traditional knowledge that is unique to every culture or society, which sometimes influences local decision-making in different areas. In some communities, it is even regarded as a problem solving mechanism to rural communities. IK is recognized as having relevance to the daily […]