Skip to content
Posted to the Ethnos Project by Mark Oppenneer on April 10th, 2011

A presentation by Kate Hennessy. Webcast sponsored by the Irving K. Barber Learning Centre and hosted by the School of Library, Archival, and Information Studies (SLAIS). Many Canadian First Nations and Aboriginal organizations are using digital media to revitalize their languages and assert control over the representation of their cultures. At the same time, museums, academic institutions, and individuals are digitizing their ethnographic collections to make them accessible to originating communities.

KH: “In this presentation I will explore how the term ‘virtual repatriation’ is being applied to the digitization and return of heritage to Aboriginal communities, and draw attention to the opportunities, challenges, and critiques associated with digitization, circulation, and remix of Aboriginal cultural heritage. I will discuss recent projects including the collaborative production of a Virtual Museum of Canada exhibit with the Doig River First Nation, a Dane-zaa community in northeastern British Columbia, and a current collaborative production of a virtual exhibit with members of the Inuvialuit community in the western Arctic and curators at the Smithsonian’s National Museum of Natural History.

I will show that while access to cultural heritage in digital collections can facilitate the articulation of intellectual property rights to digital cultural heritage–including the right to restrict circulation–it also amplifies the difficulty of enforcing those rights.” 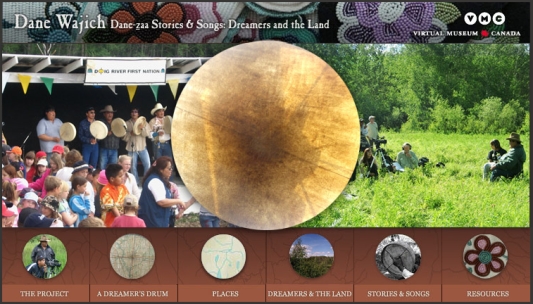 As the director of the Making Culture Lab at SIAT, her research explores the role of digital technology in the documentation and safeguarding of cultural heritage, and in the mediation of culture, history, objects, and subjects in new forms. Her video and multimedia works investigate documentary methodologies to address Indigenous and settler histories of place and space. She is a founding member of the Ethnographic Terminalia Curatorial Collective, an international group exploring the borders of anthropological, curatorial, and artistic practice (http://ethnographicterminalia.org).