Skip to content
Posted to the Ethnos Project by Mark Oppenneer on September 17th, 2016

The following is an excerpt from the recently published post “It is not a village but people: Long Lamai, a case study of a smart village” on the e4sv.org website (September 15th, 2016) by Tariq Zaman, University of Malaysia Sarawak.

Long Lamai is a Penan village in upper Baram, northern Sarawak, of Malaysian Borneo. Travelling to the settlement from the nearest town Miri takes eight hours on rough logging roads and an hour of hiking through the dense rainforest. Alternately, it is reachable by flying from Miri to Long Banga by an hour’s flight via a 19-seater Twin Otter and then taking a one-and-half hour boat ride to Long Lamai. It has been a partner in numerous research and community projects over the past Nine years, and it is gradually developing into a “smart village”. 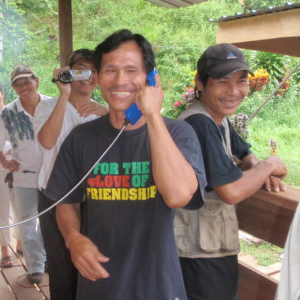 Long Lamai is a very lively, gender and generation balanced village of approximately 598 individuals and 116 households. It is next to the river, consisting of individual (long) houses on poles, surrounded by the rainforest. Due to its isolation, the people of Long Lamai live a subsistence focused agrarian lifestyle. Most people build their own houses and engage in rice and other farming, supporting a semi-sustainable life with everyone depending on the jungle, their immediate environment, as a source of food. Before Long Lamai was established, the Penan of this area were nomadic and survived by a rich culture of hunting and gathering. As a community they have established an egalitarian system, guiding decision making processes through community consensus.

Long Lamai has achieved major infrastructural successes, evidenced by the construction of new houses, rice agriculture, and electricity generated through hydropower and solar power. A telecentre was established in 2009, equipped with 5 PCs, several 12V200 solar-powered batteries, a modem, a wireless router, and a five-year subscription to internet service, provided through Maxis Communications Berhad. Long Lamai is probably one of the most advanced Penan communities having adopted Information and Communication Technology (ICT) into economic, social, institutional, and environmental activities, thereby providing a competitive edge and access to outside resources.

From 2009-2014, the telecentre provided full internet connection and Wi-Fi within the village. Since 2014 a mobile tower, which is also located in the village, has been the only access point for communication with the outside world. A number of households own their own laptops, with children spending a substantial number of hours playing games and religious songs but adults also use them for preparing speeches and letters for community meetings. Since 2009 the Long Lamai community has used internet, computers and laptops, tablets, and mobile phones effectively for communication with fellow villagers in town, with external partners for educational purposes, marketing of touristic activities and the preservation of indigenous knowledge, as well as research and health related issues.

However, challenges to the community persisted in the forms of water insecurity, inadequate energy generation, minimum opportunities of cash income, and unreliable access to ICT.

While Long Lamai villagers have shown great interest in most projects, not all projects could be maintained. In our recent visits we engaged the community elders to reflect and share their experience with development projects and to identify the key success factors for a smart and sustainable village. From a community perspective three major learnings have been expressed by the headman Wilson Bian Bilaré, namely long term prior agreements of projects, concurrent training, as well as preservation of unity in community.

I have followed the work of Dr. Tariq Zaman with interest for a number years. He has written many papers focusing on issues surrounding indigenous knowledge management, indigenous knowledge governance, and cultural preservation among the indigenous peoples of Sarawak, Malaysia. See a selection of his papers in the Ethnos Project Resources Database: 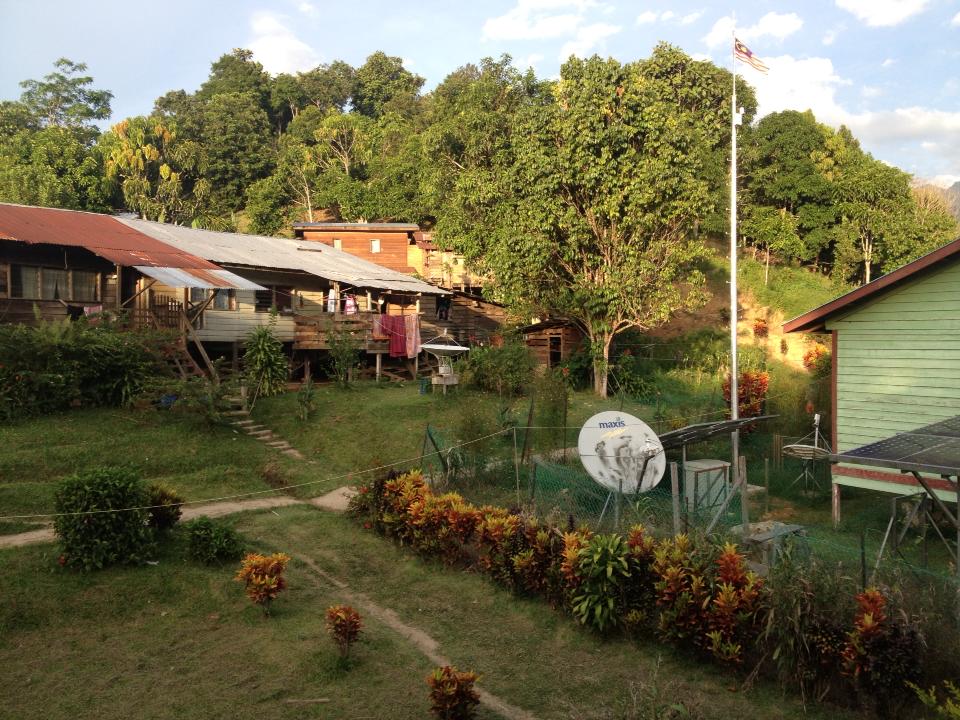