Skip to content
Posted to the Ethnos Project by Mark Oppenneer on August 17th, 2016

Note: I had the pleasure of working with Joe Bruchac and his family while serving as the Education Director of the Ndakinna Education Center (a cultural arts non-profit in Upstate New York). His stories have played a notable role in my own family – my sons were raised listening to the Abenaki and Adirondack stories told by Joe and his son Jim. — Mark Oppenneer

Excerpt from “The lasting power of oral traditions”

Are oral traditions still relevant? Are they slowly being replaced with technology? In 1992 my son Jesse, the anthropologist Robert Bruce and I drove 400 miles in Robert’s beat-up VW van across the dry landscape of southern Mexico into the Chiapas. In the Lacandon jungle, where the first rain we’d seen in two days fell on the heavy vegetation, we came to our destination – the village of Naha. Darkness had fallen as we ducked our heads to enter the main building in the village. A sight that might have been from a 1,000 years ago greeted our eyes. Everyone in the village, all clad in white cotton xikuls (tunics), sat around a fire as the 100-year-old village elder Chan K’in told stories in the peninsular Mayan language.

This is not to say that technology and the oral tradition are separated by a deep divide. Technology is neither good nor bad. It just depends on who’s using it and how it’s used.

Later that same year, my other son James and I were in Tireli, a village deep in northern Mali. There we listened raptly to Meninu and Asama, two venerated Dogon elders chosen by the village to share the epic tales of how their people came to be. Their job, they explained, was to teach anyone eager to learn.

Whenever I think of oral tradition, those moments come to mind. I also remember Maurice Dennis, an Abenaki elder who worked for decades at a tourist attraction in Old Forge, NY. Cars roared by on the highway as he carved the figure of a turtle into a basswood log while relating to me the meaning of the 13 plates on its back. I remember Dewasentah, the Onondaga’s head clan mother, teaching me stories “to pass on to my grandchildren who are not listening to me right now” as we drank tea in her trading post on the reservation. Then there was Duncan Williamson, pulling me aside at the British Storytelling Festival in London to explain how similar his Scottish traveller clan animals were to those of my own Abenaki Indian people.

Questions about the relevance and persistence of oral traditions are not new. In the late 19th century, trained ethnologists – not just white men and women, but also educated members of indigenous communities – began writing down “vanishing” oral traditions. In the early 20th century, further native stories were captured by wire recorders, then movie cameras. Books and recordings, they assumed, were destined to take the place of storytellers.

But oral traditions have not disappeared. Their settings may change, but their power and use remain. The image of an oral telling may be caught on paper, film or in digital format, but recordings are not the word shared live. The presence of teller and audience, and the immediacy of the moment are not fully captured by any form of technology. Unlike the insect frozen in amber, a told story is alive. It always changes from one telling to the next depending on the voice and mood of the storyteller, the place of its telling, the response of the audience. The story breathes with the teller’s breath.

There’s a similarity of intent within oral traditions around the world. In American Indian traditions, a story has at least two purposes. The first is to entertain, ensuring it will be heard. This requires awareness and knowledge of the audience – an awareness lacking in any form of recording. Secondly, a story must convey a lesson, one directly appropriate to the needs of the listener. If an Abenaki child was behaving in a selfish manner, for example, one of our traditional tellers might decide to share with that child the story of the monster that tried to keep all of the waters for its own use, was defeated by Gluskonba and turned into a bullfrog.

This is not to say that technology and the oral tradition are separated by a deep divide. Technology is neither good nor bad. It just depends on who’s using it and how it’s used. Humans have employed technology to hold on to stories for as long as we’ve had speech. Early on we carved shapes into wood or stone to create mnemonic devices. Here in the north-eastern woodlands of the US we made wampum, shell beads strung in patterns to record events. Now we have books and digital recorders. 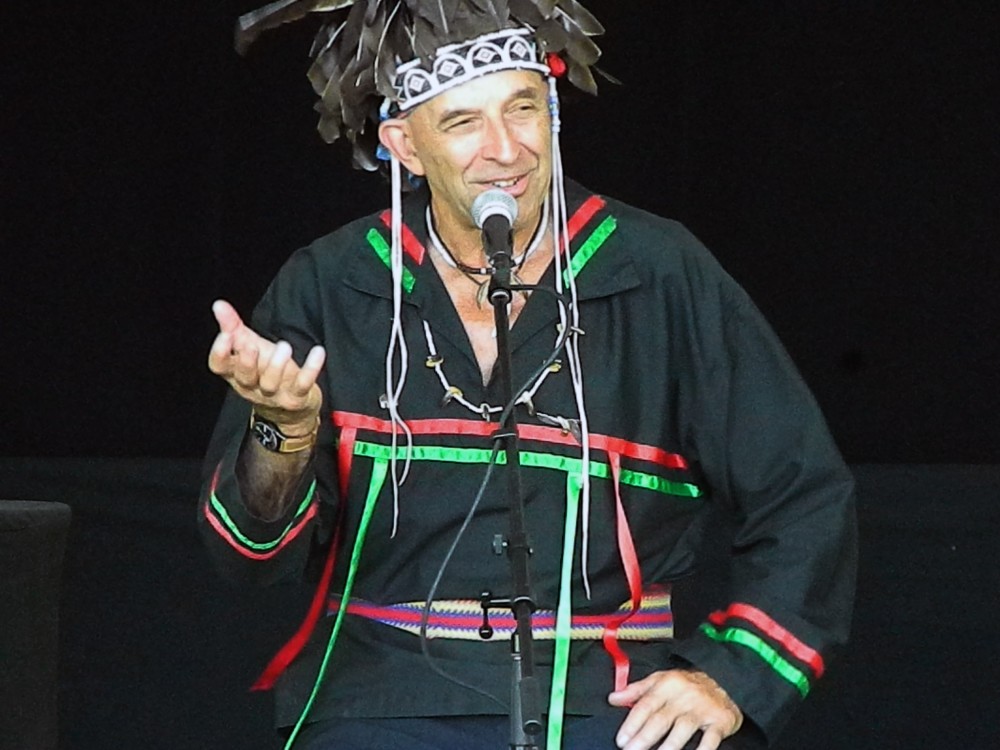