Skip to content
Posted to the Ethnos Project by Mark Oppenneer on July 4th, 2016

The 2015 Festival was hosted by IRCA in partnership with PAW Media and Communications and the Lajamanu community with key partner Indigenous Community Television.

Lajamanu (formerly known as Hooker Creek) is a Warlpiri community located 560 kilometres SW of Katherine on the northern edge of the Tanami Desert in the Northern Territory. With a population of around 700 people Lajamanu sits midway between Alice Springs and Darwin on the traditional country of the Gurindji people.

Learn more about the 2015 festival 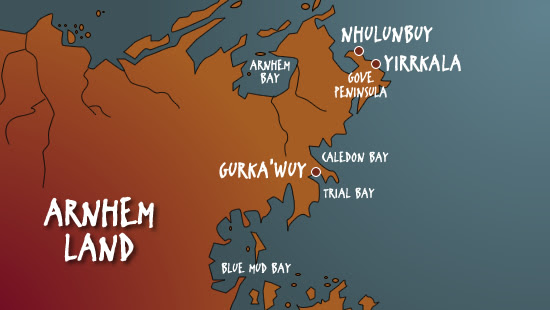 The 2016 18th National Remote Indigenous Media Festival will be held in the community of Yirrkala in the Northern Territory. Yirrkala is on the east coast of the Gove peninsula in north-east Arnhem Land, 18 km south of Nhulunbuy with a population of around 687 – 700 people.

Learn about the 2016 festival