Skip to content
Posted to the Ethnos Project by Mark Oppenneer on February 21st, 2014 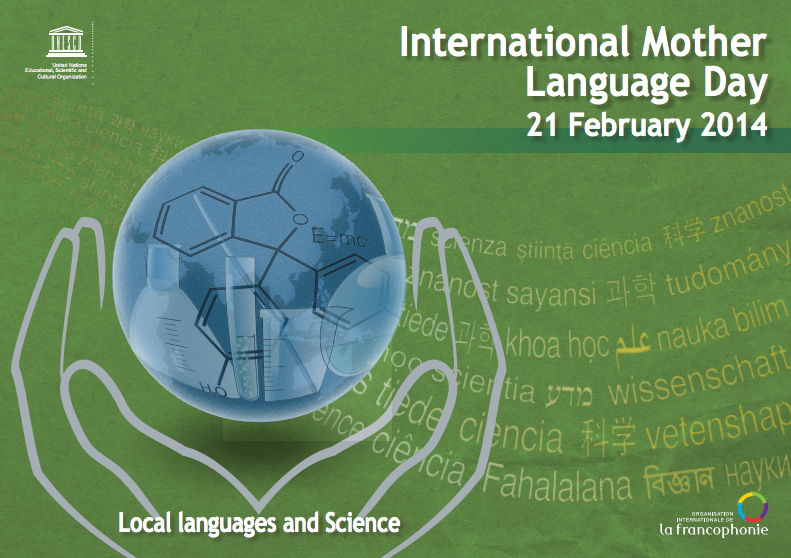 From the UNESCO IMLD site: International Mother Language Day has been observed every year since February 2000 to promote linguistic and cultural diversity and multilingualism. The date represents the day in 1952 when students demonstrating for recognition of their language, Bangla, as one of the two national languages of the then Pakistan, were shot and killed by police in Dhaka, the capital of what is now Bangladesh.

Languages are the most powerful instruments of preserving and developing our tangible and intangible heritage. All moves to promote the dissemination of mother tongues will serve not only to encourage linguistic diversity and multilingual education but also to develop fuller awareness of linguistic and cultural traditions throughout the world and to inspire solidarity based on understanding, tolerance and dialogue.

How you can participate

Here is how you can help:

On Friday, 21st February, tweet in your mother language about why it’s important to use your native tongue.