Skip to content
Posted to the Ethnos Project by Mark Oppenneer on January 23rd, 2013

The article below was originally published on the Christensen Fund website on September 5, 2012 by Ken.

Olisarali Olibui carries a Kalashnikov rifle in one hand and a camera in the other. A member of one of Ethiopia’s most isolated tribes – the Mursi – Olibui knows his culture’s way of life is in danger from the encroachment of outside forces.

“My people live in a very remote area,” he says in a short film [see below] he made to document the power of the camera for his people and to show the world the richness and struggles of his culture. “We are always at war with our neighbors because less and less land is available to us. The outside world is closing in, and Kalashnikovs cannot really help us.”

The camera is his new weapon of choice. “I want to give my people a voice. I found the camera more powerful than the Kalashnikov. The camera can shoot something, and camera bullets go all over the world.” 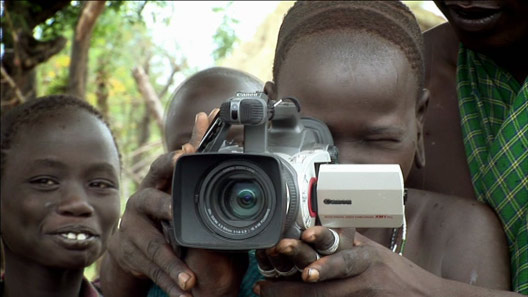 The film Shooting with Mursi, by Olisarali Olibui and Ben Young, won a ‘Best Documentary’ award at the National Geographic All Roads Film Festival in 2010

Like Olibui, Indigenous peoples around the world are adapting digital technologies for a variety of reasons, from expressing their unique perspectives to maintaining their cultures and livelihoods.

Inexpensive digital video is enabling new access to global media environments, helping groups like the Mursi to represent themselves to the outside world, instead of having others portray their culture, as has been the case for centuries. With a small bit of money and a little guidance, marginalized tribes can make and share their own stories in rich, unfiltered ways.

“For Indigenous communities, many of whom have only seen their culture and history recorded by outsiders, the ability to author, shape, and direct media environments means an opportunity for self-determination and self-definition,” says China Ching, a Native Hawaiian and Associate Program Officer of The Christensen Fund. “Increased access means an opportunity to promote, renew, and enrich Indigenous cultures from the inside.”

Isuma TV, launched in January 2008, is an inspiring example of digital media used for rich cultural expression. Inuit Filmmaker Zacharias Kunuk created it to be a kind of Indigenous YouTube for the Inuit and other Aboriginal Peoples of the Canadian North, but it is now attracting interest from Native communities around the world. Kunuk’s film, “Atanarjuat The Fast Runner,” won the Caméra d’Or for best feature film at the 2001 Cannes Film Festival, and was the first feature film in the Inuktitut language with an all Inuit cast.

“Kids all over Nunavut (Kunuk’s home village) are playing Atanarjuat in the streets,” said producer Norman Cohn in a 2002 interview. Isuma TV now boasts more than 5,000 films in more than 50 languages, and has also created an interactive community that debates pertinent issues on Indigenous rights and representation around the world.

“Of all the arts and sciences made by man, none equals a language, for only a language in its living entirety can describe a unique and irreplaceable world.” –Earl Shorris, author and journalist.

Language of course takes center stage in Native self-presentation and cultural expression, and as such digital technologies that help to teach, reinforce and disseminate Indigenous tongues are proliferating. The digital world creates space for Indigenous language, especially as young people find ways to represent and adapt their languages for use in media technologies such as text messages.

In one example, Indigenous straw broom makers from Assam in northeast India developed a phonetic version of their previously unwritten language for use in texting after the community’s youth dispersed across India to work as laborers.

With their livelihoods devalued by the influx of cheap plastic brooms from China, the group had no choice but to send their young people away to work, but the youth continue to refer to their elders for traditional decision-making on key issues like marriage. The laborers required an easy method of long-distance communication, so a new version of their language was born.

After an egregious, unrelated terrorist act, the Indian secret service commandeered the texting history from the phone company and found a network of unintelligible ‘secret’ communications criss-crossing the country. Their request for the company to close these accounts was met with outrage from the Assam tribespeople.

Realizing their error, the company reopened the accounts of the Assam and also brought in linguists to help the community turn their text-based phonetic communications into a systematized written version of a language that had always been solely spoken. 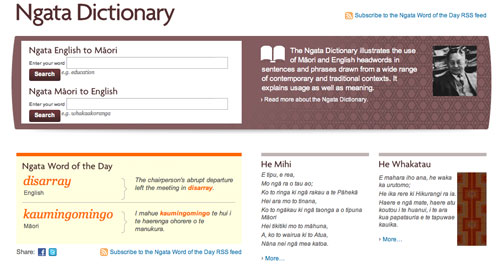 Many Indigenous languages have gone through similar processes of being recorded systematically now that the Web allows for easy cataloging and widespread access. Websites and apps are recording and broadcasting languages of all kinds, some of which are obscure and threatened.

The Ngata Dictionary, for example, is a website named after a historic documenter of the Maori language of Native New Zealanders. The site, which offers translation and other programs to help visitors become familiar with Maori, is part of an effort that has brought back the Maori language from near extinction to a vibrant source of pride. More Maori are speaking their own language again, and more non-Maori than ever before are learning the language as well.

The revitalization of the Maori language is also a story of cultural empowerment and continuance. By asserting their heritage and language, the Maori have been able to gain considerable political power in New Zealand, gaining official language status within the state and also establishing a Maori political party.

Along with its role as a documenter and disseminator of culture, digital technology has also become part of many Indigenous efforts to resist encroachment by industries, governments and other forces.

One example is the use of GPS technology to document culturally modified trees. Such trees were altered at some point in their existence for cultural purposes— a piece removed to make a canoe, for example, or a piece of art or for other purposes.

With a few hand-held GPS devices, basic GIS technologies and a little training, Native communities can map the trees to document their groups’ historical presence across their lands. Using this method, tribes have been able to produce the kinds of “tangible evidence” for occupation that the Canadian and U.S. courts have demanded they show to regain control of their ancestral territories.

Other similar efforts now enable Indigenous communities to track changes in their forests through GPS-enabled cell phones and real-time satellite imagery such as that of the Google Earth Engine. This can benefit people in many ways, such as detecting illegal logging in their territories and demonstrating carbon capture to qualify for REDD+ credits. 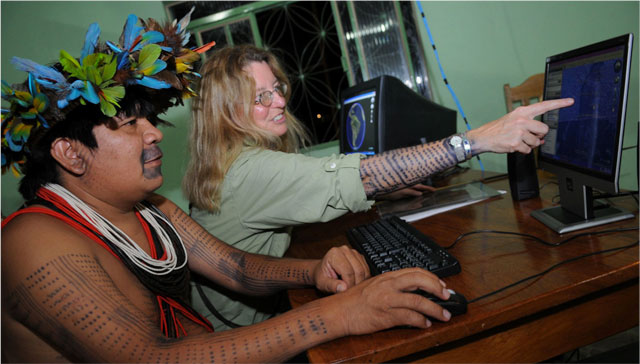 The Surui tribe in Brazil is using the Google Earth Engine to highlight their ancestral lands and document invasions by illegal loggers and others. Photo: Andrea Ribeiro

In one notable example, which we’ve written about here, Aboriginal communities in Northern Australia are using GPS technology to manage seasonal fire timing and frequency on their lands. Their goal is to shift savannah fire regimes back to a mosaic of smaller, cooler early-season fires from the devastating late-season fires that have taken over since the Native groups lost control of their lands. 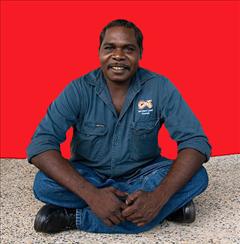 Senior Ranger Otto Campion, with the Gurruwilling Ranger Group in Northern Australia, is part of a growing culture-based economy in the region.

The traditional owners are able to manage the health of their lands by starting and stopping fires just as their ancestors did, only now they are using gas fire sticks, hoses, quad bikes and small planes. They monitor these fires using satellite imagery in real time.

The project has enabled Aboriginal Australians to earn voluntary carbon credits from corporations and enter into advanced negotiations with government to introduce the system to other areas of Australia where fires still burn uncontrollably.

Digital technologies are powerful tools in the process of recording and broadcasting Indigenous narratives, reviving Native languages and supporting the self-determination of historically marginalized peoples.

Indigenous groups are able to leverage Internet connectivity and other modern-day tools to serve profound ends. They can ensure that Native youth learn about their own cultures and languages, help outsiders to understand Indigenous cultural imperatives and histories, and work toward improving livelihoods for tribes. They can help peoples to resist government and corporate overreach into their territories and community life.

All of these efforts help to ensure that Indigenous communities and cultures will thrive into the 21st century and beyond.

About the Christensen Fund

The Christensen Fund is a private foundation founded in 1957 and based in San Francisco, California. We are a nonprofit, nongovernmental organization governed by an independent Board of Trustees which delegates authority for grantmaking and operations to the Executive Director and senior staff of the Fund.

Since 2003, the focus of our work has been biocultural diversity. Under this complex, holistic approach, we seek to support the resilience of living diversity at landscape and community level around the world in partnerships with Indigenous peoples and others. Our grantmaking programs are currently focused around five special geographic priority regions and selected global biocultural initiatives, alongside some work in the San Francisco Bay Area community.