Skip to content
Posted to the Ethnos Project by Mark Oppenneer on July 11th, 2012

Excerpt from the Achuar movie site: Chumpi and the Waterfall (TeleAndes) was filmed in the Achuar community of Chicherta in the Peruvian Amazon Rainforest, the last community on the Huasaga River before the border with Ecuador. This is a headwater area, where the forest is full of animals and the rivers teem with fish. Daily life is usually peaceful and calm.

Chumpi, with his father Secha and his grandfather Irar, make a trip to a sacred waterfall where both adults had received a vision as young men. Achuar lands, including this waterfall, are under threat from oil drilling. The Achuar believe oil drilling would contaminate its pure waters and the Arutam spirits which inhabit it would leave, and future generations would lose the power of their visions forever.

…there is a bit about the Achuar peoples’ use of GPS technology to map their resources. Very nice. Here is a snapshot of the mapping shown in the clip: 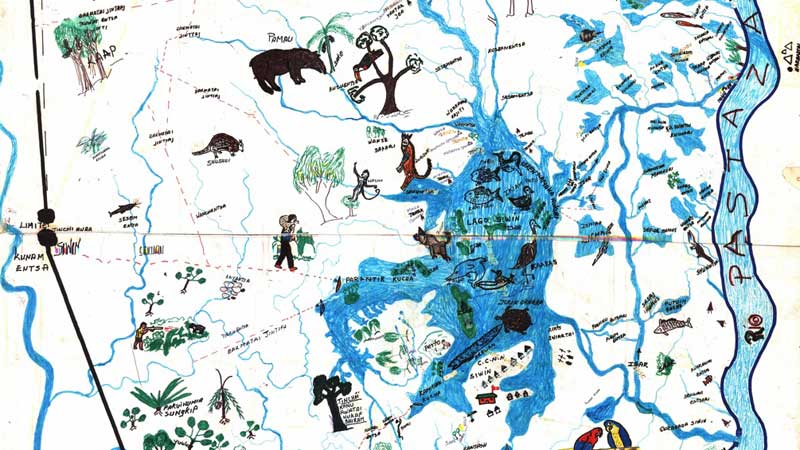 Please take a moment to visit the Achuar Movie website. Good bits about the Achuar people, some great images, and a few ways to get involved.