Skip to content
Posted to the Ethnos Project by Mark Oppenneer on October 21st, 2012 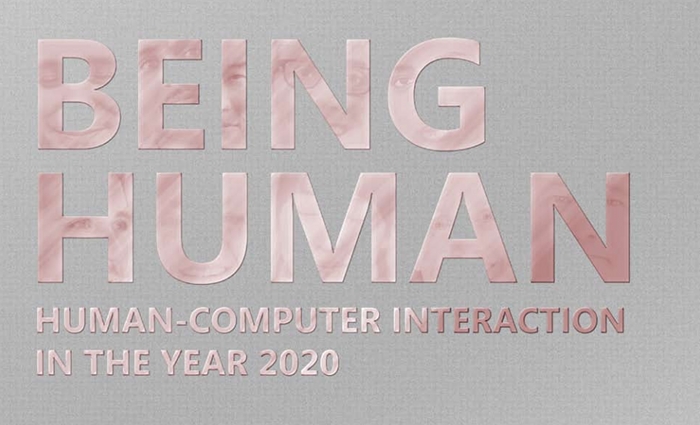 “The question persists and indeed grows whether the computer will make
it easier or harder for human beings to know who they really are, to identify
their real problems, to respond more fully to beauty, to place adequate value
on life, and to make their world safer than it now is.”
Norman Cousins – The Poet and the Computer, 1966

Being Human: Human-Computer Interaction in the year 2020 is a 2008 Microsoft Corporation publication edited by Richard Harper, Tom Rodden, Yvonne Rogers and Abigail Sellen. I present it here as a thought piece: as I read it, I did so through the lens of my interest in HCI and Indigenous knowledge preservation. Certainly worth a read…

Excerpt from the Introduction

In March 2007, Microsoft Research organised the ‘HCI 2020’ meeting at the El Bulli Hacienda Hotel near Seville, Spain. The event’s title expressed its key question: what will Human Computer Interaction (HCI) be like in the year 2020? That question is important because HCI, significant as it was in the late 20th century, has a pivotal part to play in the 21st, when computers will become so pervasive that how humans interact with them will be a crucial issue for society.

HCI 2020 produced many ideas, both thrilling and troubling. This report is not a conventional publication of an academic conference but seeks to convey the passion of those ideas, both for the general reader and the HCI practitioner. For the general reader, this is important because knowledge of what the future might be may empower, while ignorance harm. For the HCI practitioner, its purpose is to map out the terrain and suggest new approaches while keeping an eye on the main prize: the embodiment of human values at the heart of computing.

This two-day forum brought together academics from the fields of computing, design, management science, sociology and psychology to debate, contribute to, and help formulate the agenda for Human-Computer Interaction in the next decade and beyond. Participants also came from the commercial world, including representatives from software companies, hardware manufacturers, and content providers.

The forum was convened because the field of HCI has moved on and matured in many significant ways since its emergence in the early 1980s. Over the years, a number of influential books and articles have helped to shape its goals and perspectives. As HCI has developed, many of the questions posed by its past research agendas have been answered, while others have become less important with the passing of time. Computing itself has moved on from what was possible when HCI first developed. As a result, many members of the HCI community have begun to voice concerns that HCI needs a new agenda if it is to continue to be relevant for the 21st century.

If there was one thing that the participants in this forum had in common, it was a recognition that any new direction for HCI would need to place human values at its core. The great accomplishment of HCI has been, to date, that it allows investigations of matters beyond what one might call the mechanics of the interface, such things as the design of the graphical user interface, and of keyboards and of mice. Its success now allows researchers to focus on how computers can support human-to-human concerns, rather than simply human-machine interaction. HCI has helped to produce a world in which interacting with computers is easier and richer. The real HCI issues now include what might be our aspirations, our desires for self-understanding and expression, and our willingness to use imagination to create a different future.